Over the past years, Internet freedom in the Philippines has been in decline.

The Philippines Cybercrime Prevention Act mandates Internet Service Providers (ISPs) in the country must retain user data for at least six months. That means ISPs in the Philippines track and collect people’s online traces. To stop ISP tracking, PandaVPN can help. Android new users have a 3-day free trial, while iOS new users have a free trial for 7 days.

PandaVPN offers the Philippines VPN server and features ECC encryption, OpenVPN protocol, and WireGuard protocol, which is a nice VPN for Philippines. In addition to this, more VPN options are described below. Keep reading to learn more.

Censorship in the Philippines

Check the table for a list of blocked sites and banned movies in the Philippines or read the text below the table for more details:

In June 2022, Philippines authorities blocked access to 27 independent news websites, such as Jose Maria Sison, Hiyaw, PRWC Newsroom, Bulatalat and Pinoy Weekly, and ordered Rappler to shut down. These sites are alleged to be supporting the Communist Party of the Philippines, New People’s Army, and the National Democratic Front. 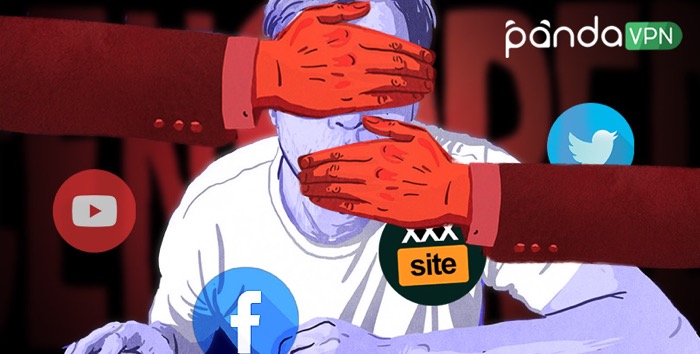 Does the Philippines allow VPNs?

There are no official restrictions on VPNs in the Philippines. Whether fixed broadband or mobile, the government has not made user registration for the internet mandatory yet nor is there any ruling on VPN usage.

What Is the Best VPN for Philippines?

When it comes to selecting a VPN for Philippines, give priority to the following considerations:

Based on these considerations, we have found some VPNs for the Philippines that you can use.

Among All Philippines VPNs, PandaVPN Is Our Top Choice

PandaVPN is headquartered in Seychelles, an East African country where Internet privacy is protected by law, which is the VPN location of choice for many VPN vendors. What’s more, Seychelles is not part of the 5, 9, or 14 Eye Alliance countries, so you don’t have to worry about government agencies forcing VPN companies to hand over private user data.

As for security, PandaVPN features ECC encryption. On February 16, 2005, the NSA announced its decision to adopt the strategy of Elliptic Curve Cryptography (ECC) as part of the U.S. government standard for protecting sensitive information. This provides a glimpse of the security of ECC encryption. 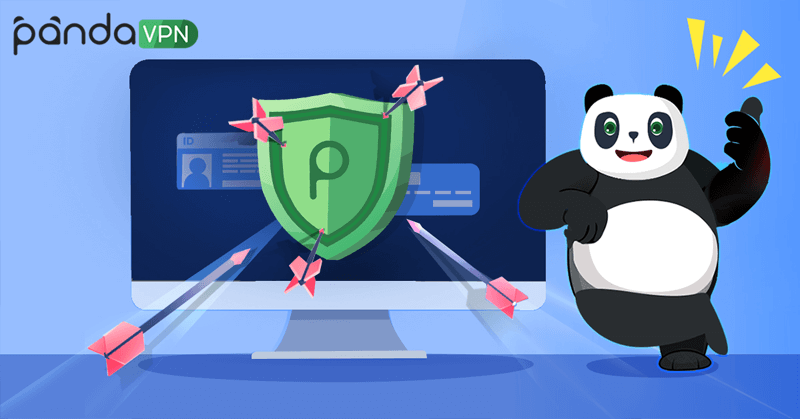 PandaVPN supports OpenVPN and WireGuard protocol. OpenVPN is one of the best VPN protocols available today, offering the perfect balance of security, pairing and compatibility. WireGuard is a relatively new protocol that is faster and more encrypted than the current mainstream protocols OpenVPN and IPSec.

PandaVPN has a vast server network, offering 3000+ servers in 170+ locations in 80 countries worldwide. Such a large network of servers ensures its ability to unlock Geo-restrictions. More importantly, PandaVPN is a VPN with Philippines servers. Filipinos overseas can connect back to the Philippine network at any time.

With a minimum price of $2.49 per month, PandaVPN is one of the cheapest VPNs for the Philippines. All subscriptions come with a 7-day money-back guarantee.

Get PandaVPN for Philippines

There are more Philiphines VPN options that come with PH VPN servers:

How to Connect to the Philippines VPN?

Here we take PandaVPN for Android as an example to show you how to connect to the Philippines VPN.

Step 2: Select a Server to Connect.
Enter PandaVPN server list and choose any server to connect to. You can find servers by categories such as United States, United Kingdom, etc., or directly search what you want from the search box.

Step 3: Open any Site that Is Blocked in the Philippines.
Now you can surf the internet without restrictions. 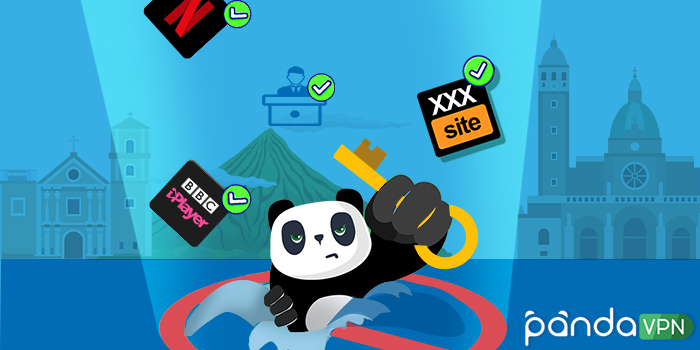 How to Get a Philippines VPN Server?

Now follow the steps to get a Philippines VPN server.

FAQs about the Philipphines VPN

Q: Which VPN has a Philippines server?
VPNs we recommend above all come with servers in the Philippines. PandaVPN has 2 Philippines VPN servers and provides a 3-day free trial for new Android users without a subscription.

Q: Which VPN has the Philippines server free?
After testing a large number of free VPNs or VPN free versions, we found no providers offering free Philippines VPN servers.

1) Open PandaVPN and connect to servers that support UFC streaming services like ESPN+.
2) Open ESPN+ UFC streaming sites.
3) Find the contest you are interested in and enjoy the fight!